The pursuit of future skills 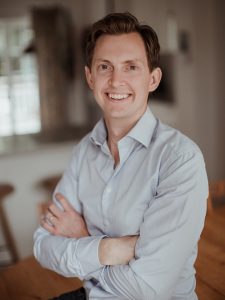 From one year to another, the number of virtual assistants (voice-controlled AI assistants) on the U.S. market increased by nearly 400 per cent (Mary Meeker, 2018). The adaption on the market is faster than that of any previous technology. It is moving so fast that Google has suddenly realised that they have fierce competition to their most central product – the search engine. Americans are no longer searching by text but are instead using voice commands.

A future is predicted in which Google is no longer the world leader of online searching. Thus, another almost bleak example of the fact that no market position is safe from rapid changes. There are also examples within the automotive and retail industries.

From the first to the fourth of November this year, NorthSpawn will be held in Västerås. NorthSpawn is a LAN, Expo and Hackathon event that brings together next-generation digital gamers and programmers to enjoy the technology and platforms currently in use.

For them, some things are as they have always been among people – they play games that are based on outsmarting one another, status is based on the number of followers and young people’s love for problem solving. Other things are completely different – their games take place virtually instead of in the woods, people follow on Twitch instead of on the break and you make things happen with code, instead of building huts and wooden boats.

An important ambition with NorthSpawn is to raise the company’s understanding of how the skills provision of the future is built and what tools are currently being used. We aim to make it possible to gain an understanding of a world that might otherwise be invisible to many adults. Because we believe that this understanding can and should create insight into how the future of the labour market might look.

How do employers stay attractive to a generation who is used to acting independently, in an international environment, with quick feedback and clear developmental progression? Conversely, it is also good for gamers to meet companies who understand their skills and are aware of how useful they can be. Such companies will have an advantage in the pursuit of future skills. We hope to see you at NorthSpawn!